Having made sketches of a walk along the River Ruchil where I played as a child, I noticed similarities in these drawings to aerial views of maps, which weren’t unlike islands, edges and boundaries between land and water, and pathways and pools. I also researched the area around my walk in EDINA’s Statistical accounts of the Parish of Comrie, I learned that there were remains of Druidic places of worship, which really intrigued me as I have an interest in megalithic monuments and Druids groves. Taking inspiration from this, I decided to make an abstract map which hinted at this mysterious layer of the landscape. I chose the 16 squares which I thought most suitable and began to paint in the shapes, using a limited colour palette of white, off white, a tint of cobalt blue/grey and also leaving some areas of the linen canvas unpainted. 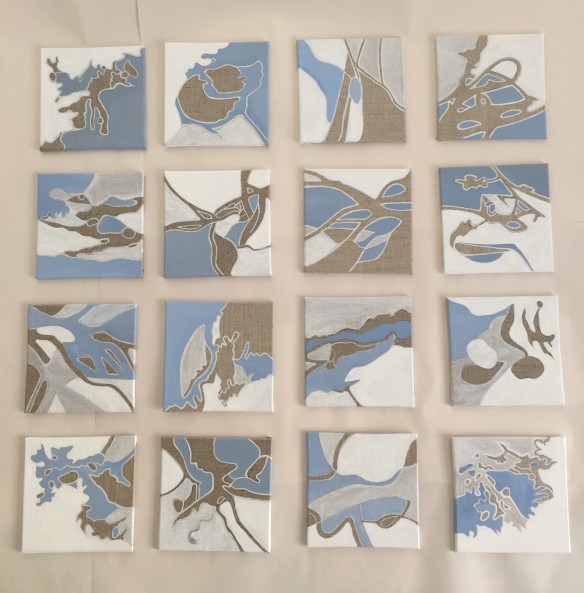 Although the result was quite pleasing, it was only a means to an end of what I had in mind. The map I had created was bold and graphic, and although abstract it did look like a map. This was important as next I planned to obscure the details by spraying the map white, leaving only a very subtle impression of what lay below. 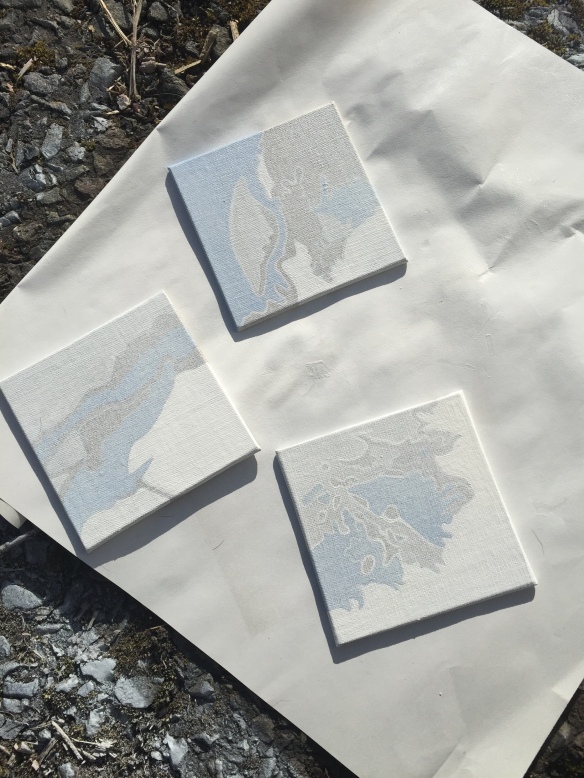 Once they were all sprayed white, I reassembled the squares until I was happy with the layout. 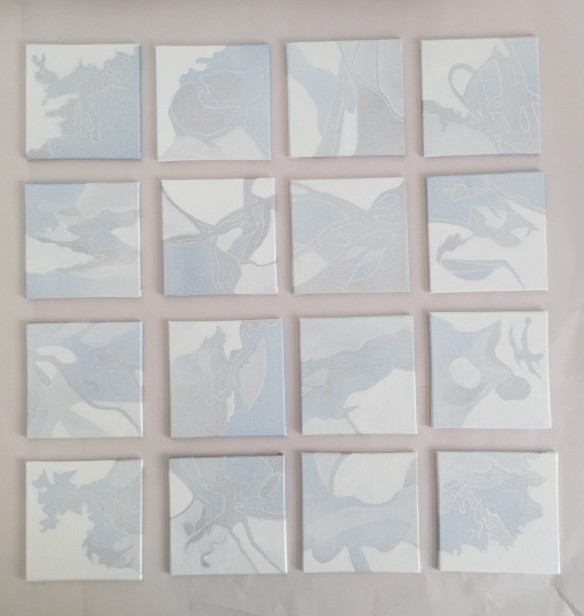 Next I got out the stash of items I had gathered on my walks- stones, twigs, roots, snail shells, feathers etc as I wanted to add these into the maps to give a sense of the physical elements present in this landscape. I also sprayed the found objects white, as I wanted to emphasize the textures and shapes of them rather than the colours. 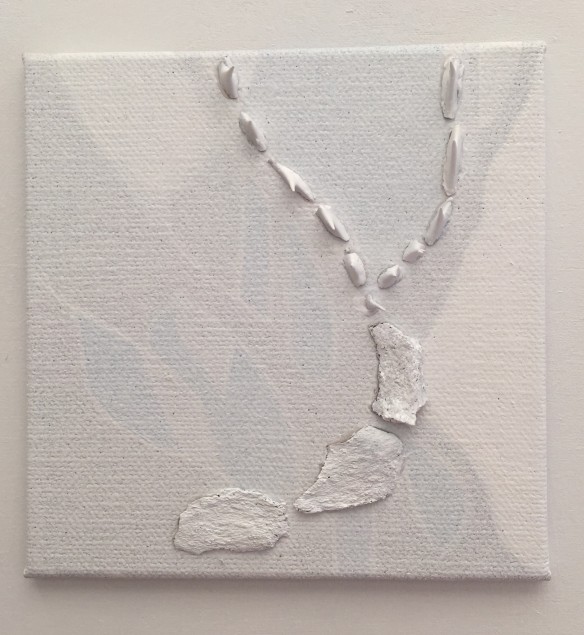 I am quite pleased with the final result, although I had toyed with the idea of adding thread stretched between pins to create paths over the boards linking them together. I think the subtlety of the maps works well to describe the hidden or overlooked parts of the landscape which I initially used as my inspiration. The natural objects are reminiscent of standing stones which can be found in a few locations near my walk, and the twigs represent the ancient groves where Druids once worshipped. The thorns and bark (above) do resemble antlers, and have a distinctly pagan look to them, although this was not actually intended. 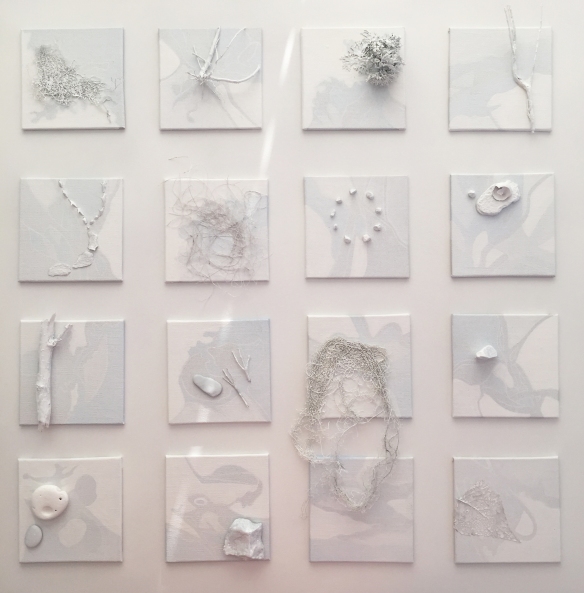