Throughout the Romantic and Neo-Romantic eras, evidence can be found of artists looking at the landscape through glass in an attempt to capture the picturesque or sublime vision of their surroundings. I recently purchased a very interesting book ;’The Claude Glass. Use and Meaning of the Black Mirror in Western Art’ by Arnaud Maillet, which is a fascinating gem of a book, containing very interesting and informative information about Claude mirrors also known as Claude glasses ; devices used by 18th and 19th century artists to create an effect similar to the paintings of Claude Lorraine. 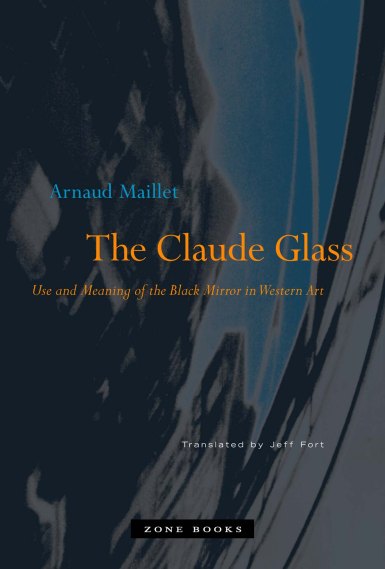 The mirror was generally a small, black convex piece of glass which altered the tonal values in the landscape, its shape giving a slightly distorted view which nevertheless allowed more of the landscape into a single focal point. Some Claude Glasses were made of glass with coloured tints such as blue or grey, which could give the illusion of a moonlit evening, sometimes multicoloured tints, to give a kind of filtered effect, allowing the viewer to see a “luminous” landscape. 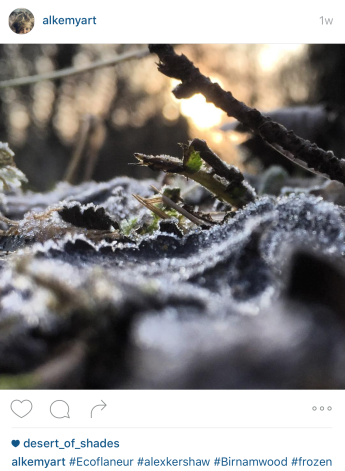 An instagram picture I took in Birnam Wood – notice how the filter blurs the edges and brings the central point into focus, whilst also giving a soft, warm light – effects which were achieved by using a Claude Glass in the 18th and 19th centuries.

I suppose it could be considered as an equivalent to an image adjusting app which we might use on our smartphone today, such as instagram or Hipstamatic, so if you think about it in that context, it was a really clever little avante-garde invention. It also bears a curious resemblance to the obsidian scrying mirror of Dr John Dee, which I mentioned in this blog a few months ago.

In 2006, artist Alex McKay and historian CS Matheson created a claude mirror installation by placing a webcam opposite a 40-inch Claude mirror that was reflecting the Tintern Abbey. The streaming/IP service was interrupted in November 2007, but the camera went back online in May 2008. Unfortunately the webcam is offline now, but the gallery of pictures captured by the camera at different times of day and in different lighting situations really shows off the qualities of the mirror and the fact that, in many cases, the glass really does make a scene look like it’s had an Instagram filter applied. You can see more about this project here: 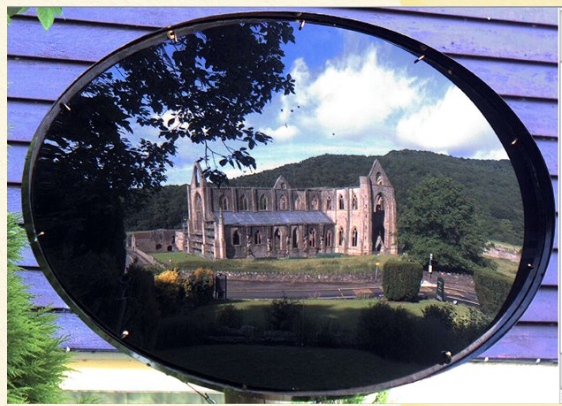 A view of Tintern Abbey through the Claude mirror

I recently ordered an antique convex clock glass, which I hope to use to make my own Claude Glass. I want to see how it changes my perception of Birnam Wood and also try to make some photographs of the reflections within it. I will post my making of it and images when my glass arrives.