As part of my upcoming exhibition at Scottish Natural Heritage, BattIeby, I had the idea of creating “fake”seed packets of highly invasive and prohibited plants, which was based on the fact that in the past these seeds and plants were distributed in the US and Europe, long before it was realised what a devastating effect these aliens could have on our environment.  Also, in connection with the site of the exhibition, the grounds are listed on the Inventory of Gardens and Designed Landscapes in Scotland, because of the fact that they have a very important exotic plant collection and arboretum, which were planted by and cared for by a team of 10 gardeners when Battleby House was owned by Sir Alexander Cross, between 1947 and 1963.

These are from the 1950s….very colourful and well illustrated 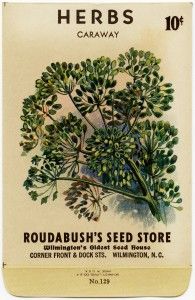 Keep coming back to the two above…I think it’s the limited colour palette which I find appealing.

The Exotic Seed Company is a fictitious company which sells these seeds, and advertises them in a lighthearted and positive way, promoting these rogues as hardy, exotic plants which will last forever, with no mention of any regrets you may have later. The typeface is reminiscent of the 1950s, and the adverts typical of this era when political correctness was non-existant, and companies put a positive and most often sexist slant on marketing their products with no evidence to back up any of their claims, in an era when consumerism was on the up and society was ignorant of the detrimental effects these products could have to our health. 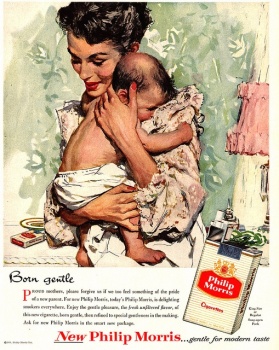 I designed three packets, illustrating the 3 current most invasive and threatening plants to our environment in the UK- Giant Hogweed, Himalayan Balsam and Japanese Knotweed. At my tutorial, I was a bit concerned that I may not have enough 2-dimensional work to show, so Caroline suggested that perhaps the seed packets could cover one of the walls, like a sort of installation. I toyed with the idea of this, and also felt that it was important to make the packets by hand, although I know that I could have made much more convincing packets with the aid of the computer, and made them much faster too. Having a love of printmaking, I decided that linoprinting would be a feasible option, so I set about drawing out my designs before getting stuck into the carving.

Because the packets were relatively small, I soon realised that the lettering would not be easy, and although I managed to carve the plant variety, I felt that the Exotic Seeds lettering at the bottom of the packets did not work…in fact I hated it!

Luckily, I have a box of alphabet stampers, so instead I opted to stamp Exotic Seeds onto the packets using these – with a much more pleasing result.

I stuck to the green palette which I have been using throughout the work created for this exhibition, but used a different shade of green for each variety. 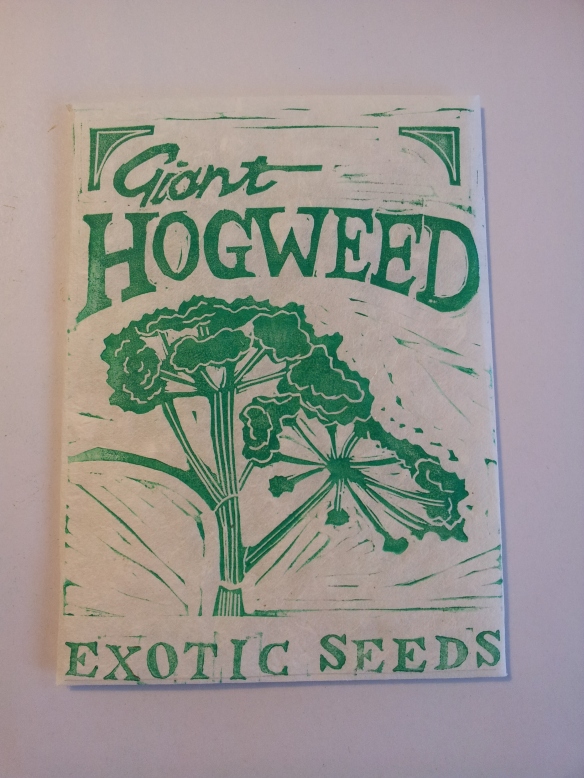 Once I had created the seed packets, I decided that I would prefer to see them hanging up on hooks, just as they would be sold in a garden centre. I managed to source a suitable board and some metal hooks, and I painted a sign for the Exotic Seed Company using a 50s style font.

This was them fixed onto the board above the hooks, and the seed were hung up to finish off the piece. I didn’t put any seeds into the packets, although I did think it might make the audience curious, but was concerned that it might be detrimental to the packets, which were made from handmade Lokti paper.

Finally, I made a two page ad for the Fanzine I am creating, in the optimistic spirit of 50s advertising… 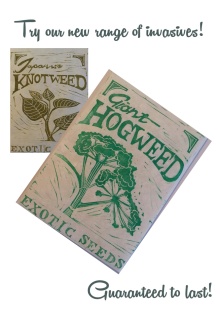 I feel that the end result is quite satisfactory, and hope that it raises questions/debates and provokes curiousity amongst the audience.