This is a painting I began a few months go. I started out as a kind of frost inspired piece, like the frost which we see on our window panes which has beautiful natural patterns.  It was originally painted in shades of blue, but I was never really happy with it, and had wanted to work into it more. Unfortunately I cannot show you the original photograph as it was lost from my phone. 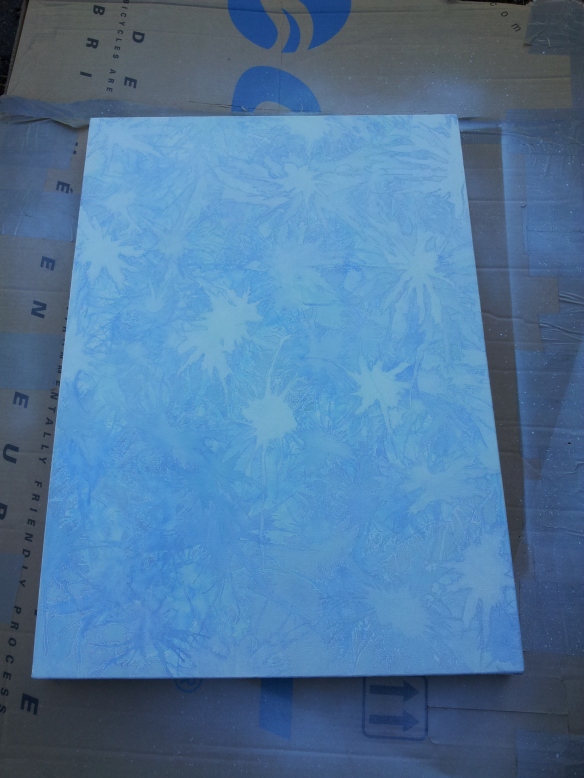 I began by spraying over it with white paint, but just enough so that the detail of all the outlines were still visible. Looking closely at it, I began to see many organic looking shapes, and decided that it was not dissimilar to an area overgrown with weeds and injurious plants with thorns and spikes appearing from some of the marks I had made. 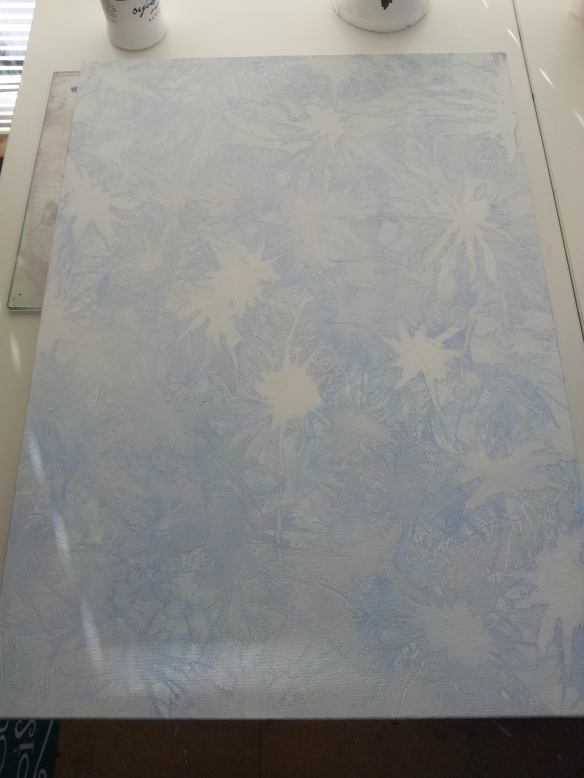 I began to paint into some of the “negative spaces” between the plants and shapes, and found that I could be quite choosy as to what I shapes I could create and emphasise. 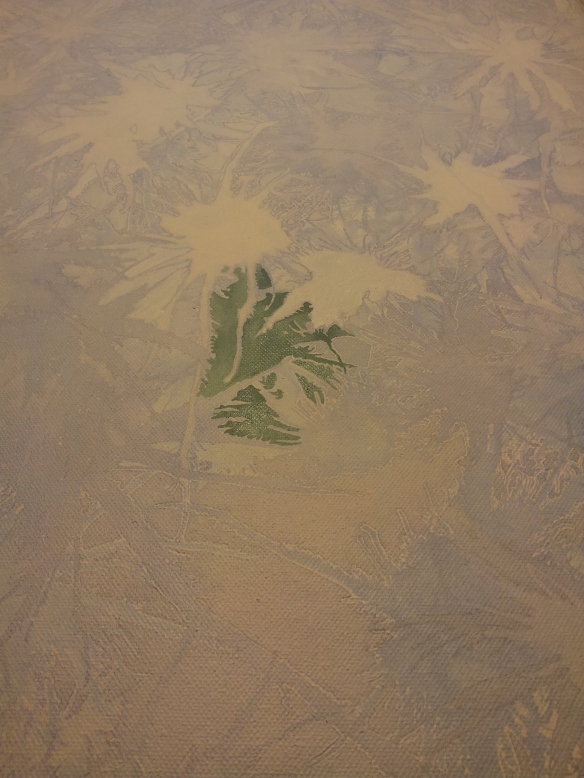 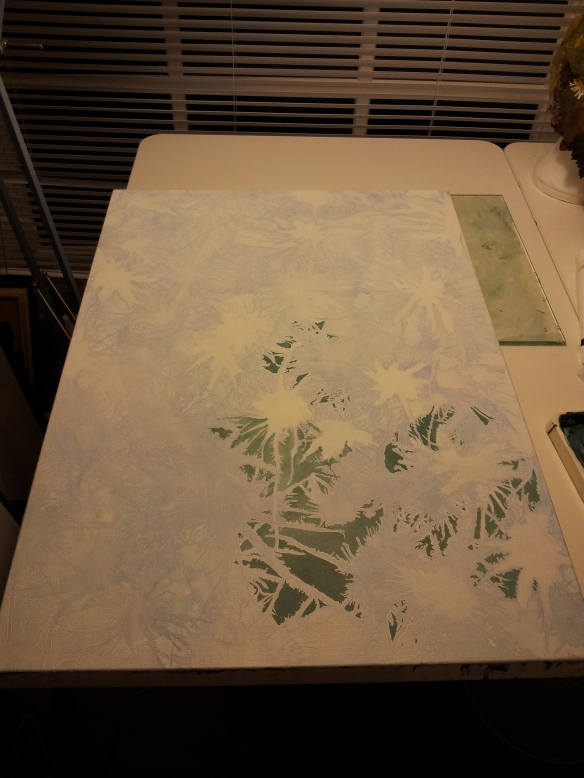 Finally once I was happy with the composition and amount of shapes I had filled in, I went over everything with one more coat of dark green acrylic. I feel really pleased with the result, and to me it represents a hostile environment of injurious plants such as Hogweed, thistles and thorns. 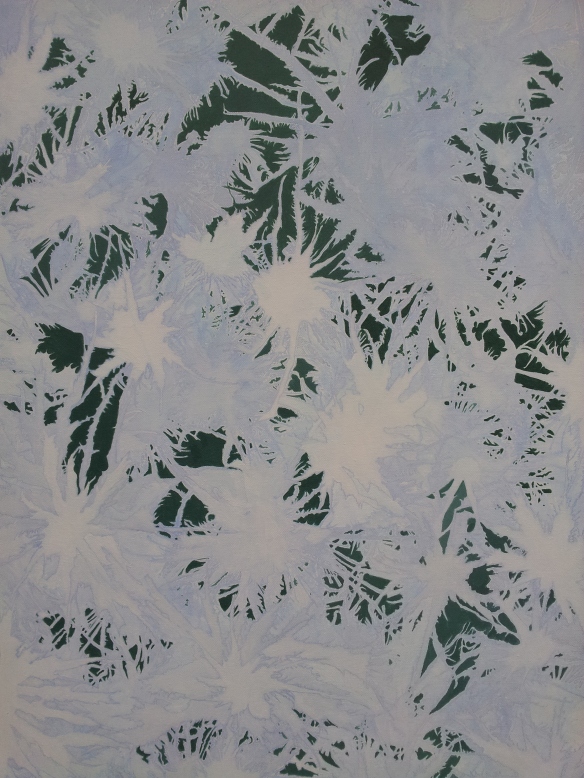